It has taken American society a time to “get over” the “issues” with blended and mix raced marriages. Today, we can appreciate the diversity among the most popular celebrities freely. Check out these successful interracial couples who happen to be super famous celebs too!

Prince Harry Duke of Sussex is sixth in line to the British throne and the Duchess of Sussex. Megan Markle got married at St George’s Chapel Windsor Castle, on 19 May 2018. Prince Harry is the son of Prince Charles the prince of wales and late Princess Diana.

Meghan Markle is the first black British royal in modern history. Megan Markle was known for starring in the movie “Suits” an American tv series. She grew up in Los Angles and formally retired from acting to focus her efforts on performing her royal duties as the Duchess of Sussex. This royal interracial couple started dating in 2016 and have grown immensely in love with their marriage. Also, the royal couple is expecting their first baby.

Songwriter and singer John Roger Stephen, popularly known as John Legend met his better half, model Chrissy Teigen in 2007 when she starred in his music video Stereo. The two love birds got engaged in 2011, and in 2013 John Legend African-American released his hit song “All of me” written for his wife, Teigen. The couple got married that same year, and the song was played at their wedding.

The couples are parents to two wonderful kids, Luna Simone Stephens and Miles Theodore. Luna was born in 2017 and Miles in 2018. Chrissy Teigen is Eurasian. Her father is of Norwegian descent, and her mother is of Thai descent.

Dwayne Johnson actor and former WWE wrestler ‘ The Rock’ met his wife Lauren Hashian on the set of the movie “The Game Plan.” Lauren is a musician, and the couples have been together since 2006. They are parents to two daughters Jasmine and Tiana Gia. Dwayne ‘s father is Canadian, and he has Samoan ancestors from his mother’s side. Dwayne was previously married to Dany Garcia, and they have a daughter together named Simone.

Reality television star “Kim Kardashian,” and “Kanye West,” Rapper and producer started dating in 2012. The couple later got engaged in October 2013 and tied the knot in May 2014. Kim Kardashian is an Armenian- American while Kanye West is an African – American this happens to be his first marriage and Kim’s third marriage. The couple is blessed with three children, two girls; North the oldest and Chicago. Saint happens to be their only son.

Salma Hayek a Mexican actress and Francois-Henri a French billionaire and CEO of Kering got married on February 14th, 2009. The couple’s daughter was born in September 2007 Valentina Palm Pinault. Francois- Henri Pinault also had a son with a supermodel Linda Evangelista named “Augustine James.”

Nicole Richie adopted daughter of Lionel Richie, got married to Charlotte singer in 2010 Joel Madden. The couples between 2006 when they began dating to 2010 when they got married welcomed their children Harlow and Sparrow. Richie is of ‘African American ancestry,’ and she speaks Mexican English and Creole, African American ancestry. Joel comments to people magazine “I give my wife a lot of credit. She’s an incredible partner and really supportive.”

The fresh Canadian Ryan Gosling had previous dated Hollywood starlets, Racheal Mc Adams, and Sandra Bullock. But Ryan Gosling’s heart was stolen by Cuban American actress ‘Eva Mendes.’ The two started dating in September 2000 after working together in ” The Place Beyond the Pines.” The couple is blessed with two daughters named Esmeralda Amada and Amanda lee Gosling.

Snipes was convicted for tax evasion, and he served three years in prison but the couple held strong, and snipes wasted no time to return to his carrier.

NBA star Michael Jordan and Cuban model Yvette Prieto tied the knot in 2013. They met at a night club in 2008 and later got engaged on 25th of December 2011. The couple got married at palm beach, Florida. The wedding reception at palm beach turned into a star-studded wedding where usher and Robin sang. The couple is blessed with twins Ysabel and Victoria, born in February 2014. Michael Jordan is also father to three children from his previous marriage to Juanita Vanoy.

Micheal Early is an African -American actor from the movie “Think like a man” and “Barbershop” the star dated his wife for four years before announcing that the two of them were married in 2012. The two actors Michael and Khatira kept their marriage a secret for two months before the press was able to find out. The couple had a son and a daughter they now reside in Los Angeles where they raise their kids. Michael says that “Acting is a talent but being a great person encompasses much more: being a good father, a good husband and having the ability to show compassion for others.”

Talk show host and actress, Tamera Mowey, married her boyfriend whom she dated for six years, Fix correspondent Adam Housley in 2011. The couples are Parent to a son and daughter Arian Talea Housley and Aden John Tanner Housely. Tamera’s father has Irish ancestry, and their mother is of Afro- Bahamian descent.

Sister star is a talk show hosted by her twin sister on the reality show targeted at younger female viewers who may be experiencing unfamiliar events in their lives, like the host. Tia, her identical twin sister, continues to focus on her acting career while Tamara devotes are time to her family.

Tennis Legend and career Grand slam champion Serena Williams got engaged in December 2016 to Armenian – American Co-founder of the popular online board Reddit, Alexis Ohanian. Serina Williams and her boyfriend announced their engagement news via Reddit in a poem they posted. The couple is blessed with a beautiful daughter.

Academy Award winner Robert De Niro and solicit Grace Hightower met at a restaurant where the Grace Hightower was working. Initially, she didn’t know who he was, and she felt disturbed by his constant interest in her. The two of them got married in 1997 and had a son Elliot in 1998, and they had their daughter Helen Grace in 2011. De Niro already had four other children from previous relationships.

De Niro is of Irish and Italian descent on his father’s side while his mother was Dutch, English and French descent. His wife Hightower, on the other hand, is of African-American and Black foot descent. The couple renewed their vows in 2004, and they have been together ever since then.

Ice T Tracy Marrow actor and reality tv star’s father and mother are African- American and Creole while Coco swimsuit model and reality television star ‘Nicole Marie,’ has Serbian ancestry through her maternal grandparents who were born in Serbia.

The couples are known for the popular reality television series ice loves Coco, and they first met on the set of law and order. The Couple got married in 2002, and they have a daughter named Chanel born in 2013.

The couple got married in 2005 after getting engaged that same year in September. They met at a bar and started a relationship together. Matt Damon and Luciana have three daughters Isabella, Gia Zavala, and Stella Zavala. Barroso had a daughter Alexia from her first marriage. Damon inherited English and Scottish ancestry from his father and Swedish ancestry from his mother.

The actors got married in 2009, and the couple first met in 2007. They were introduced to each other by Kendrick’s Madmen co-star, Vicent Kartheiser. Christina Hendrick actress and model is best known for her role in the tv series “Mad men” as ‘Holloway.’ Hendrick’s Mother and father are British and American respectively while her husband Arend’s father is of German and English ancestry, his mother is Pakistani.

Thandie inherited English ancestry from her father while her mother is a Zimbabwean princess. She met her husband who is an English screenwriter and director, Ol Parker while they were working on a BBC movie together. The couples had three children, two daughters; Ripley and Nico and a son; Booker. 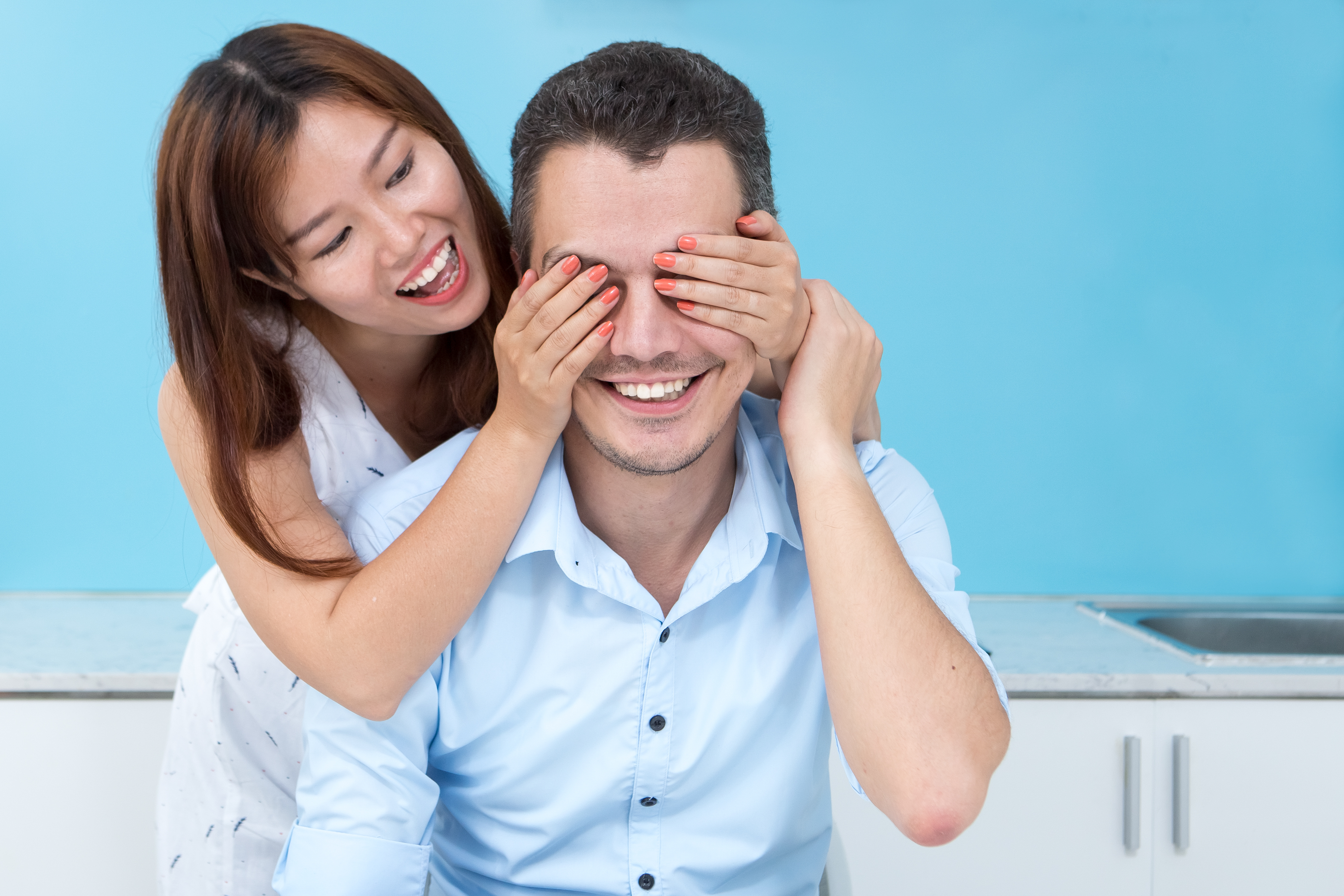 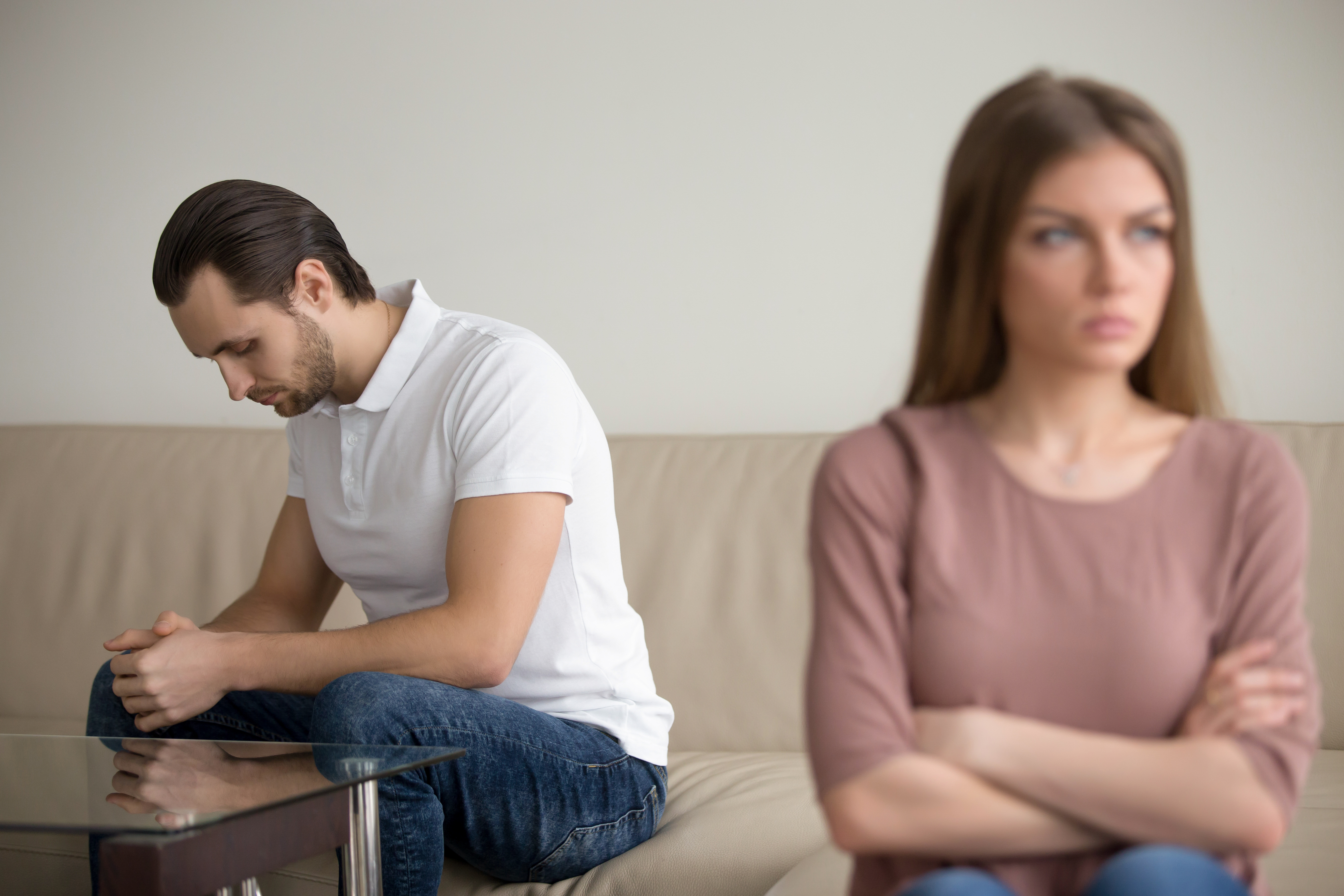 11 Marriage Tips for Newlyweds to Fool-Proof Your Marriage!
Next Post: 7 Actionable Things You Can Do In A Sexless Marriage (For Men)